Did You Think to Pray? 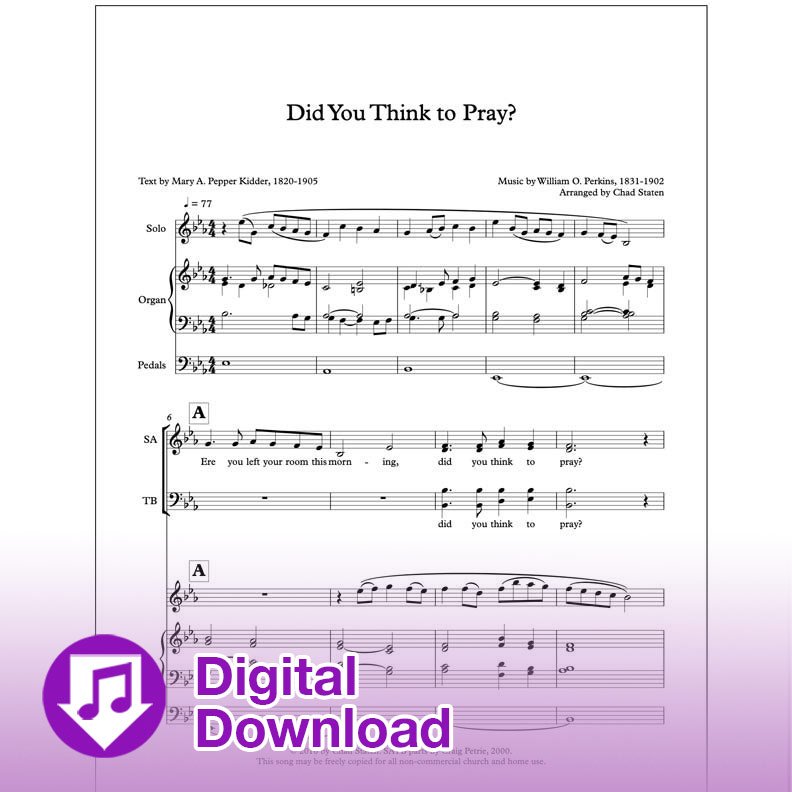 For a recent stake conference, the stake music chair found an arrangement of Did You Think to Pray, by Craig Petrie, for piano and choir. My wife describes me as an “organ snob,” but I am generally not a fan of piano accompaniments in stake conference. I set about trying to adapt the existing piano accompaniment for organ, but found it to be a difficult task. When I was done, instead of merely “adapting” the accompaniment, I had completely rewritten it. It bears no resemblance to the original.

Because I was out of town for the first rehearsal, the choir had already started learning the voice parts. Therefore, I was free to change the accompaniment, but I could not touch the voice parts. To make the transition easy, I made certain the layout remained measure-for-measure identical to the original. On other words, the introduction, the rests, etc., all remained the same.

Memory has faded — I may have had to alter a note or two toward the end, but full credit for the voice parts still goes to Craig Petrie.

As with many of my choral arrangements, this accompaniment requires two people at the organ (a la General Conference). The recording contains only the organ part, but if you imagine the melody while listening to the recordng, you’ll get a pretty good idea how it sounds. I hope you will enjoy it! If you use one of my pieces, I’d love to hear what the occasion was, and how it went!