All People That On Earth Do Dwell (SATB) 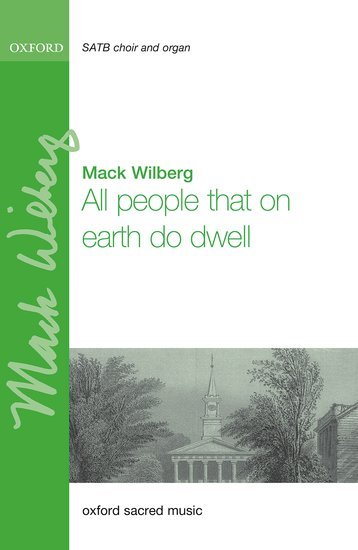 SATB and organ or orchestra
Arranged by Mack Wilberg

Mack Wilberg's arrangement of 'Old Hundredth', paired with William Kethe's popular hymn of exaltation, builds from a simple opening to a rich-textured, rousing conclusion, with a soaring soprano descant for the last verse. An alternative ending is included, providing the option of finishing the piece more softly if preferred.


About the Composer
Mack Wilberg was appointed Music Director of The Tabernacle Choir in 2008, having served as Associate Music Director since 1999. He is a former professor of music at Brigham Young University, where he received his bachelor's degree; his master's and doctoral degrees are from the University of Southern California. Alongside Wilberg's conducting responsibilities he is active as a pianist, choral clinician, composer, arranger, and guest conductor throughout the United States and abroad. In addition to the many compositions he has written for The Tabernacle Choir, his works have been performed by artists such as Renée Fleming, Frederica von Stade, Bryn Terfel, Rolando Villazón, Deborah Voigt, and The King's Singers. Wilberg's arrangements and compositions are performed and recorded all over the world.