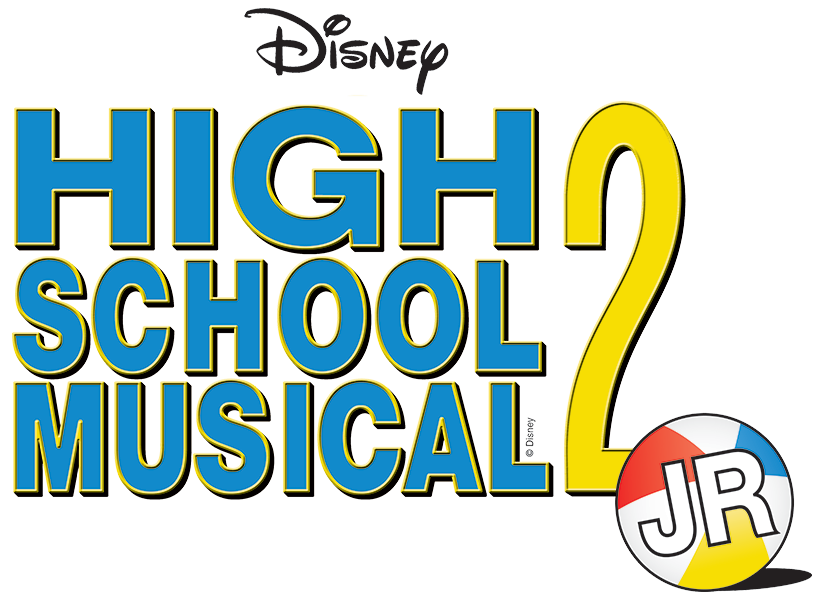 The gang's all here for an action-packed summer extravaganza as Troy, Gabriella and the rest of the Wildcats finish junior year and blast onto the summer scene. At the Lava Springs Country Club, Sharpay reigns supreme while the Wildcats get to work - literally! Keeping every ounce of the light-hearted fun that makes High School Musical a household name, this buoyant sequel takes on the questions of real kids facing the realities of the adult world. Friendships are tested, summer romances go haywire, and the meaning of success is redefined.

Growing with the characters, HSM2 doesn't miss one fabulous beat as the kids from East High get a taste of what it means to grow up. Rockin' songs, action-packed dance numbers, and ample opportunities to highlight a strong ensemble make this an ideal show for young actors. Jump into pool with the Wildcats as you swim along with this crowd-pleasing, fun-filled charmer.

WHAT TIME IS IT

WHAT TIME IS IT (REPRISE)

WHAT TIME IS IT (WILDCATS EXIT)

YOU ARE THE MUSIC IN ME (ROCK VERSION)

YOU ARE THE MUSIC IN ME (TAG)

GOTTA GO MY OWN WAY

ALL FOR ONE (FINALE)

Troy Bolton is the most popular kid at East High, the star of the basketball team and Gabriella's boyfriend. Troy is in a tough place this summer - he needs to make as much money as possible in order to afford college. When a scholarship opportunity arises, he does everything he can to make it happen. Look for a solid young actor who can convey the full range of Troy's emotions and character traits: independent, driven, athletic, yet smitten with Gabriella. Troy should be one of your strongest male singers.

Chad Danforth is a jock and Troy's best friend. He and Taylor share a special bond, but he is good friends with all the Wildcats. As Troy gets wrapped up in his scholarship world, Chad becomes concerned about the person Troy is becoming. Cast an actor/singer that partners naturally with Troy, is a leader of his own accord, and can handle Chad's large solo numbers as well as his acting challenges.

Jack Scott is the school announcer who is confident and suave behind the microphone, but not so sure of himself when he isn't. He has a great friendship with Kelsi and they bring out the best in each other. Try casting a student who will enjoy making this quirky role his own, and can portray a "gift of gab" radio voice. Look for a character actor with superior diction, good comic timing, and a pleasant singing voice.

Ryan Evans is Sharpay's barely younger twin and a true star. He loves singing and dancing, and is learning to be his own person outside of Sharpay's shadow. He wants what's best for his sister but is having a hard time dealing with her ego. Everything Ryan does is executed to the extreme and usually with enthusiasm. You want to find an actor who is a "triple threat" for this character: strong singer, dancer and actor.

Zeke Baylor is a basketball player and good friend of Troy and Chad. His love of baking is matched only by his crush on Sharpay. Find an actor who works well as part of a team, but is able stand out in his own, especially when revealing his feelings for baking and Sharpay. Zeke has a number of solos, so make sure your actor can sing as well as act.

Gabriella Montez is an intelligent, charming girl who is loved by everyone... except Sharpay. She is dating Troy and can't wait to spend the summer with him at Lava Springs. Gabriella is a strong, loyal character who sticks up for her beliefs. Cast a young woman who is a solid singer and actor and can portray intelligence and independence. If you have time, pair up your potential Troys and Gabriellas at your audition to see how each pair works together.

Taylor McKessie is Gabriella's best friend who has started hanging out with Chad more often. She is organized and intelligent and doesn't like to see people take advantage of her friends, namely Gabriella. Find a young woman who can sing and can portray Taylor's assertiveness and brains.

Sharpay Evans is the egocentric daughter of the Lava Springs owner and barely older twin sister of Ryan. She does everything she can to get what she wants, particularly Troy Bolton. Find an actress who can portray different sides of being a diva so Sharpay doesn't come off as a one-note caricature. Make sure your Sharpay has solid acting, singing and dancing skills as she carries many scenes.

Martha Cox is the fun-loving, big-personality girl of the group. She loves to dance, specifically hip-hop. Cast an actress who understands comic timing and enjoys being overthe- top. The role does have solo singing lines, but the vocal quality is not as important as the character.

Kelsi Nielsen is an up-and-coming theatre composer who struggles with how to further her career. Cast an actor who can blend into the background while having the intelligence and ability to shoot the "zingers" at Sharpay with timing and accuracy. You should also coach your actress to look like a pianist as she "accompanies" the songs onstage. Kelsi has solos throughout the show.

Blossom, Violet and Peaches are the Sharpettes, Sharpay's debutante gal pals. They are bubbly, excitable and will back Sharpay up in all her endeavors. The Sharpettes should be good singers and dancers who exude lots of focused energy onstage. Feel free to cast more than three Sharpettes. Use the following names for the additional girls: Jasmine, Lily, Ruby, Beneatha, Orchid, Susan, Lindsay, Colleen.

Fulton is the efficient club manager of Lava Springs. When it comes to the Wildcats, he doesn't have difficulty being in charge, but Sharpay is a different story. He is overly concerned with pleasing the daughter of the country club's owner. It isn't until Sharpay pushes him too far that Fulton is able to stand up to her. Find an actor with excellent comic timing for this role. While he does sing with the ensemble in a few songs, his solo lines are to be spoken, so acting skills should be the priority.

The Ensemble makes up the other characters who populate Lava Springs Country Club. Some have small featured roles: pool boys, hairdressers, tailors, dermatologists. Other members of the ensemble work primarily as specific groups: the Wildcats, Lava Springs employees, Waiters, etc. These roles vary in size and in vocal, acting and dance requirements, so cast performers with a wide range of abilities. The ensemble participates in several self-contained numbers, which provide great opportunities to use groups of students that can rehearse together. (For example, the sixth-grade chorus in one number, the seventh-grade classes in another, etc.) Look for students with enthusiasm and the ability to take direction, and students that let your ensemble look like a perfect representation of your school and community.