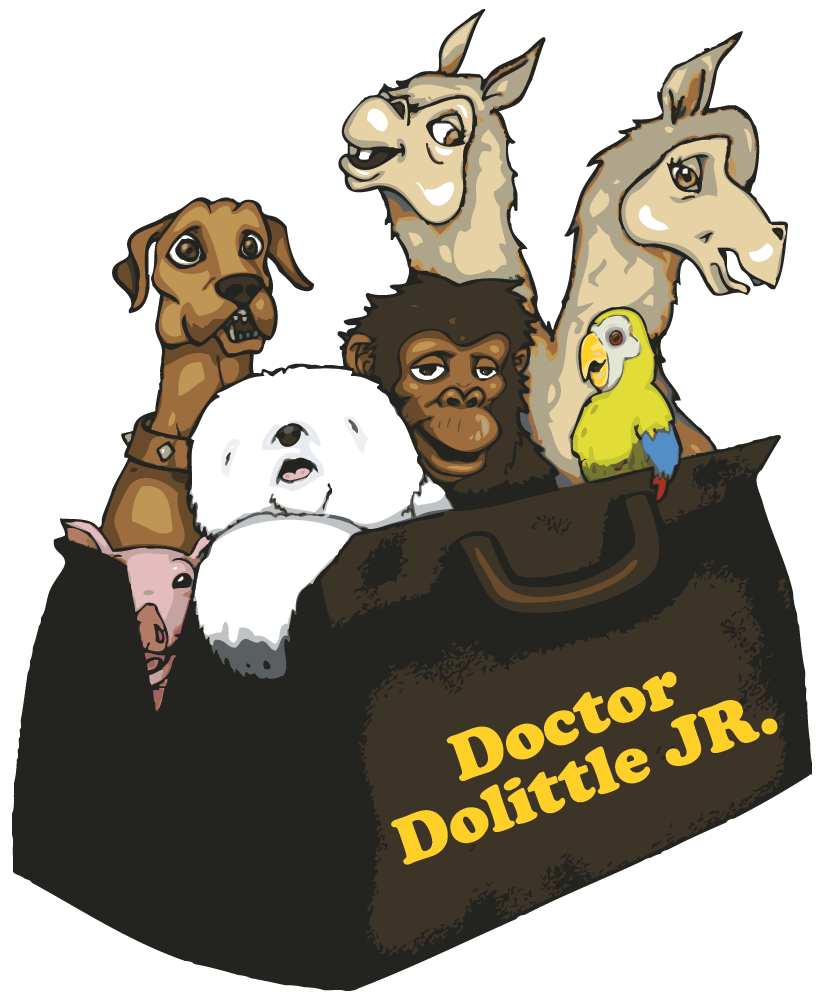 We are introduced to the world of DOCTOR DOLITTLE and the animals who inhabit it (Doctor Dolittle). MADELINE and TOMMY reveal that the Doctor is loved by everyone in the village of Puddleby-On-The-Marsh (My Friend the Doctor). After a particularly unsuccessful appointment with GENERAL BELLOWES, Doctor Dolittle decides to become an animal doctor and vows to have POLYNESIA, the parrot, teach him all of the animal languages she knows (Talk to the Animals - Part 1). He quickly learns to say "Good Morning" to his dog JIP in Dog and celebrates his achievement (Talk to the Animals - Part 2).

Five years later, Doctor Dolittle has learned almost 500 animal languages, has a thriving practice and is planning a big adventure to seek out the Great Pink Sea Snail (The Time of Our Lives). A visit from EMMA FAIRFAX, the niece of General Bellowes, ends on a sour note, but the mood soon brightens with the arrival of the PUSHMI-PULLYU, a two-headed llama. This gift has been sent by a friend to help Doctor Dolittle raise funds for his quest. He takes the Pushmi- Pullyu to ALBERT BLOSSOM of Blossom's Mammoth Circus (I've Never Seen Anything Like It - Part 1) and makes a deal to present the unique animal for a limited four-week engagement (I've Never Seen Anything Like It - Part 2) with an even split of the profits. Doctor Dolittle earns enough money from the circus to go on his journey, but makes good on a promise to help SOPHIE the seal escape the circus and reunite with her husband. This act of friendship lands Doctor Dolittle in court. Though he proves that he was only helping the seal, and that he can indeed talk to animals, the doctor is committed to an asylum by the magistrate, General Bellowes. Doctor Dolittle protests (Like Animals), but is sent away, leaving Polynesia and Madeline to plan a rescue.

Having escaped from the authorities, Doctor Dolittle "borrows" a boat owned by General Bellowes to set off on his quest to find the Great Pink Sea Snail. Emma is discovered on board and she questions the doctor's navigational strategy (Fabulous Places). They set off for Sea Star Island and, after encountering a storm at sea, end up shipwrecked in the very place they were looking for. There the travelers discover STRAIGHT ARROW, the friend who sent the Pushmi-Pullyu to Doctor Dolittle. Straight Arrow explains that Sea Star Island is an animal sanctuary (Save the Animals).

Doctor Dolittle's dream finally comes true with the arrival of the Great Pink Sea Snail to the island. They converse in Escargot and the Snail agrees to take the doctor's friends back home. Doctor Dolittle explains that he will not be returning to Puddleby and the friends share a tearful goodbye before departing in the Snail. Back home, Emma tries to talk some sense into her uncle with the help of the animals (The Voice of Protest). It works and Bellowes declares Doctor Dolittle innocent of any wrongdoing. The cheers of the crowd are interrupted by the triumphant return of Doctor Dolittle to Puddleby-On-The-Marsh (Finale).

MY FRIEND THE DOCTOR

TALK TO THE ANIMALS (PART 1)

TALK TO THE ANIMALS (PART 2)

THE TIME OF OUR LIVES

THE VOICE OF PROTEST

A local landowner and magistrate

Officer of the court